Hossein Valamanesh is an innovator and apprehensive Artist

Conceptual Art is referred to the movement between 1966 & 1972 in western countries based on inscription of historical issues.

Reason behind consistency of Conceptual Art is not just confronting the Modern Art’s schema, besides it is a composition of other considered by other movements & flows in the 20th century, it has overcome to a perspective, which the main reason of art is not to create something beautiful or aesthetically pleasant.

Another fundamental in conceptual art is the outlook, entitling itself as an Art of mind & intellection rather than sense & sensations. This particularity leads to a contradiction between the ideas hidden in an artwork & just observing it, as the state of ideas.

Now he is coming back to his homeland for showcasing “ Where do i come from? “ and presenting it to his own people.
Valamanesh’s works are usually installations which doesn’t have a powerful framework but beautifully reflects his creative soul, precise vision & nature based perspective using Conceptual Art orders.

Noticeable difference between this exhibition & previous shows by the artist is durability of the artworks and presence of the object within the artwork. Most of the pieces of exhibition are capable of selling and presenting to its audience, an element which is strutting the cycle of conceptual art globally. Valamanesh encounters with literature & Persian Islamic Art doesn’t comes from an opposition views neither emphasizing an identity-driven layers of Persian Art.
He is just approaching concepts & generating perspectives of his own apprehensive mind and innovating ideas.

Using the language and repetition of words such as Love, Intoxication, Existence & Freedom brings ontological and existential questions to the mind of his audience. Delicate structures of the pieces are carrying quite fine visual references, leads to undeniable wholeness. Fantasy of the artist is not in formation but to clarify how systemized an artwork could be, also enduring practical conflicts of the artist’s very own vision.

Simple text references like the word “ memory “ structured by wooden sticks as he briefs could only be perceived by the Artist himself. Usage of wood as writing contexture could be found on another tableau presented at the exhibition, phenomenal refractions of the words like intoxication and existence is quite a noticeable come back to Persian literature gnostic concepts, using brand new formations and outstanding simplicity. These organic formations and inscriptions has been appeared in his works through last decade of his artistic career.

Possibility of associating elegant moments of inspiration and cultivate manners by the performer has been sufficiently noticed by the audience, they interfere with Maulana Rumi’s poem by another artwork at the show ( Where do I come from? Why do i come? … ) Almighty appearance on the region of a world map is willing to give a new interpretation to disparity of signification and location, the phenomenon of migration in the modern world incoherences the fundamental of mystical seeking eternal homeland (which is severely important due to the poem), symbolizing a noetic moment, perhaps the artist’s feet is on the ground but his head is above the clouds.

Intuitive conceptual paradoxes are recognizable in all of his works, reexamination of a book in a complex form with layered pages as a shape of human icon. This interaction brings umpteen intellectual pleasure for the audience who don’t have any answers, they just have been captured in a condition that theosophical conceptions and world’s unknown existence could be realized.

Valamanesh’s interaction with his history and memories in his motherland is indicating simplification and vast orientation of the Persian culture flowing progress. Elements like form, context, aesthetics does not separated in my art, It only opens a door into temporarily discovering the truth and recognizing finite dimensions of nature, said Valamanesh himself. Expressing concepts like Absence, Loss, Eternal Circulation, Being & Nonbeing. In an artwork called “ Two Sides of Story “ when two candles placed in an open book opposites the empty frame hanged by the wall is metaphorically related to life and death. Valamanesh extreme enthusiasm about perception and freedom realizations for human kind generates by the body of nature substance and poem as a raw material for the artistic soul of his creations, containing a simple intuition but highly committed to ethical human moralities. 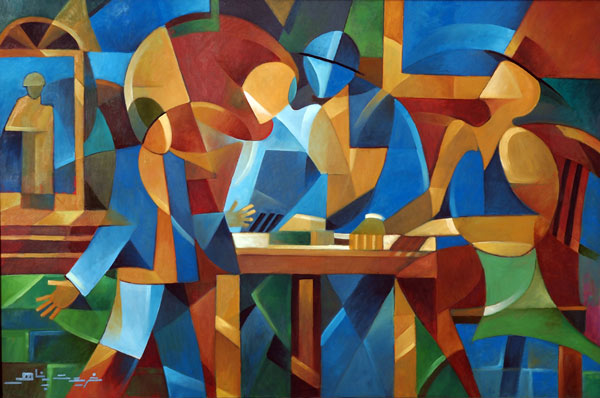 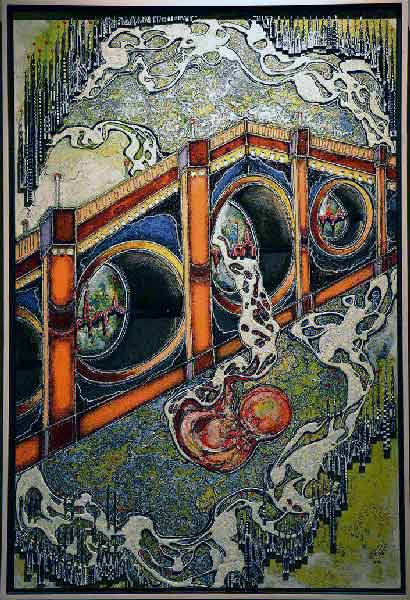 Bita Vakili | A Critic on Bita Vakili’s exhibition | Should pass 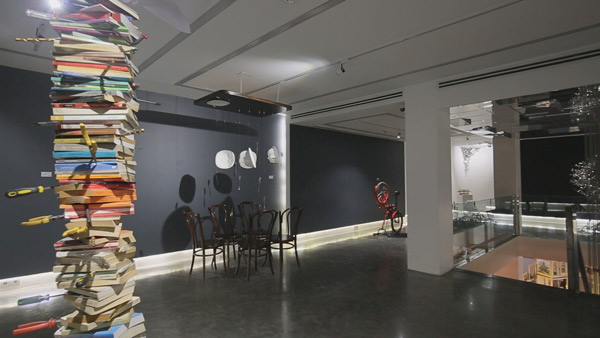 Aseman Orae Iranian contemporary artist brings her existence to gallery Iranian contemporary art and artists, Sculpture and installation art By Maryam Roshanfekr Personification In literature, giving personality to Objects is called personification. Objects who start to “exist” and start living their lives. After a long silence, Aseman Orae brings her made up creatures to light … 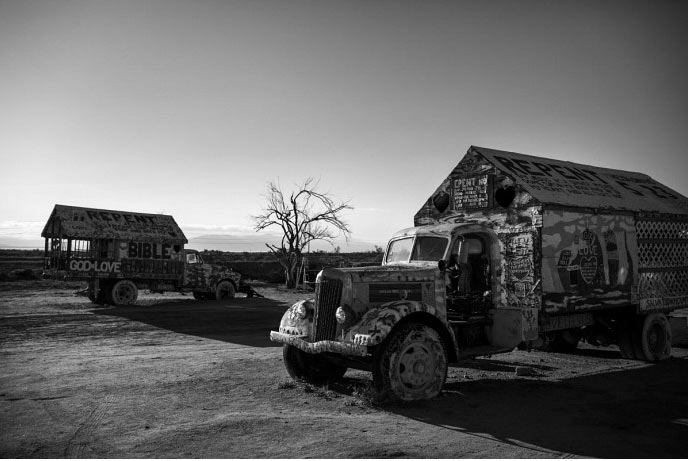 The City of Slab; the city of loss An overview of photographs taken by the award winner Iranian photographer; Hossein Fatemi, of Slab City; the last free place in America Text by Atia Shafee Heading south, past the Salton Sea where farmland turns to dusty towns, following the tyre tracks of trailers and camper vans …