Muriel Rodolosse is a French artist. Her works encapsulate wide range of visual arts including painting, performance, video art and installations all in one exhibition. Usually she has a delicate plan for exhibitions, noticeably considered about each and every detail of her show which is why her shows are more of a pure perfect experience than just a position for seeing a couple of artworks. She influences the audience from the very beginning of the show even before walking into it. From designing and using specific fonts for each show to preparing custom made stands that artists and crowd should step on them to align the horizon of the tableau with audience line of sight.

Corinne de Thoury about Muriel’s paintings : “Muriel Rodolosse exhibitions couldn’t be demonstrated on classic basis of painting, though she exhibits the hanging paintings on wall with the most elevated skills. She considers the whole exhibition as a medium which lets you reveal something about the true essence of painting.

More or less it is the atmosphere of the exhibition that sets up creation of the paintings in other words her pieces are supplementing each other and through gallery space painting spill out to discuss about absence of its frame and its impossible durability (fixity : better still). It is necessary to remember that artist’s technique consists in painting behind plexiglas meaning the whole process is vice versa that it generates a reverse viewpoint for reception and creation of the painting. The first touches applied being also the first seen by the visitors and distant touches also being the last ones applied by the artist. This gives the audience a feeling like being distanced or stating in the blind spot. All the paints and touches repose on back of the plexiglas and only their reflection lasts on the front surface.

Generally her paintings shake up the ordinary modalities of reception it undoes the order of vision based on stability and unleashes an aesthetic experience in which it is necessary to invent the very possibilities of visibility.

Beyond the transparent content of plexiglas is the space she planned for everything to begin, a place for work, a place for gallery storage, outer space and etc. Actually her position is based on different levels of possibilities for movement in painting. “

Muriel Rodolosse presents her work on various levels of perception, she paints using her fingers and she never uses brushes. In all of her exhibitions numerous details have been determined and executed. Her point of view is humanized and socialized while being analistic and critical, she also avoids leaning on gender, time and place.

To give an example she started her exhibition entitled “Versteckt Just Around The Corner” by this idea that there is another side of this world beneath what we see. This exhibition which held at “Rudi-Dutschke-Str 18 in Berlin launched with this concept, through the show she made her audience the focal point and in order to view all of the exhibited items they have to seek everywhere to find some pieces hidden in different corners. Excluding the gallery space a single drawing had been hanged on one of the gallery’s street view windows on a daily basis. Under the drawing a statement was written : if you come this way and if you are having a good time, it belongs to you. This action breaks down the relation between inner space of the gallery and its environment.

Deep interaction between human and environment, his five senses with each other and also with others had been boosting in her works.

Bernard de Montferrand the president of Frac Aquitaine talks about her work :” In Muriel Rodolosse we are dealing with an artist who has much to say about our era & ourselves which is not irrelevant with her unique technique. She is teaching us a lesson about freedom and irreverence towards current conformism. Her strength comes from her ability to create a “Shifting Universe” that amuses our barriers, restrictions we always thought was immutable, between human and plant towards impossible connections, between the body and devices while we even don’t clearly know if she wants an extension, replacement or destruction, between the landscapes we recognize and hypothetical structures coming from elsewhere, between the most instinctive sensualities and eroticism in the time she is moving enigmatic with caution.

This is not only today’s world its more like a godly thing violating all our belief system in order to create something impossible yet expected, is this really the demon of the time? Is this a picture of our question? Or is it an alarm warning us to keep our eyes open? This is expected of nowadays art and Muriel Rodolosse is one of the best providers of it. “

Muriel Rodolosse was born in France, 1969 she is living and working in Bordeaux and Paris. She had 15 solo exhibitions and more than 30 group exhibitions all across the world and she is planning to come to Iran for installing an exhibition in 2018. 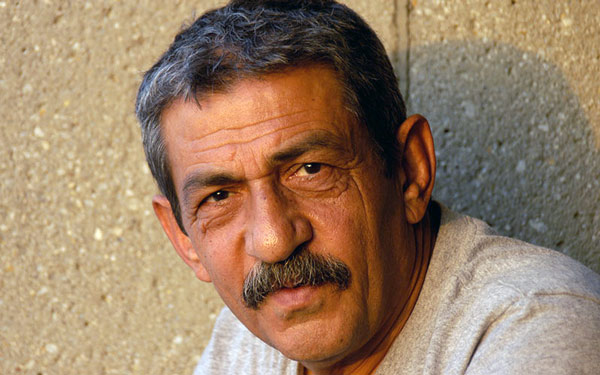 Nasrollah Kasraian, one of the Pioneer Artists Tandismag Website, Written by Javid Ramezani English Translation by Arian Azadkam On the occasion of Nasrollah Kasraian’s first Solo Photography Exhibition in United States of America, titled “Through the Lens of Ethnicity: Images of Iranian Women” at Maryland University. Nasrollah Kasraian is known as the father of ethno-photography … 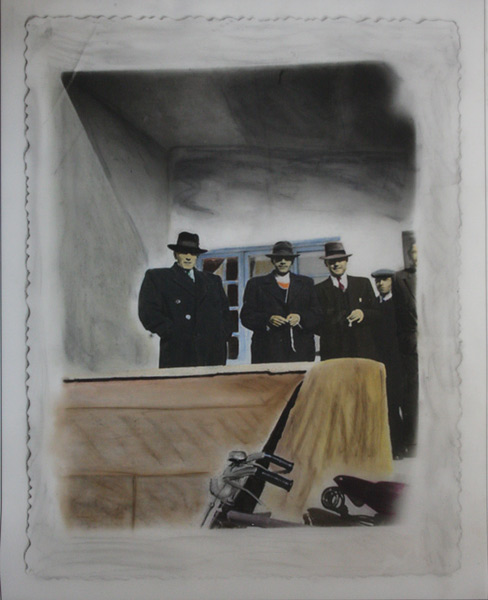 Survey on Identity in Stal gallery

Survey on Identity in Stal gallery Artist: Javid Ramezani, Marjan Habibian, Joachim Hainzl, Maryam Mohammadi The Identity Exhibition opened on the evening of December 6th in Stal gallery Oman. In this exhibition four Artists gathered to share their Idea about Identity. Content of this exhibition shaped under the concept of present and past national identity and …