LESS IS MORE at Aaran Projects

Excerpts from Catalogue by Behrang Samadzadegan
Historically in practice of Iranian artists -excluding possible exceptions- the lyrical, thematic, narrative or message orientated, have been the essence of creativity. All kinds of themes; phenomenal, political, social, literal, emotional, narration, and transcendent experiences, have always been at the core of artistic practice. Once the Iranian artist approaches a minimum state, such as a white or black rectangular, the process of creation leads to a rectangular of “nothingness”, or saturation of “blackness”. When they apply the repetitive geometrical shapes, the fractal is expanded in an aesthetic discipline. If they reach the black rectangular, it’s not a sign of Minimalism, but it’s in accord with the Duchampian effect of “Art is no more retinal”; Very often this same artists reach the state of “non written”, or saturation that is an indicator of incapability of language of art to carry the load of the mind.
Rhythm in many aspects of “outwardly minimal looking works of art” has a narrative scope. Because it is joined with motives that are neither necessarily minimal nor are meaningless shapes. Many of our artists are “narrators of elimination”. There are concrete cubes that hide historical tragedy. And drawings that are self exploring, methodical and minimal but playful. Or in practice of Marcos Grigorian, who after Auschwitz arrives at nonexistence and void. Or in paintings of Kamran Diba where after the elimination of news -the cover up of knowledge-, the text converts to rhythmic bulks of color. Or in works of Emad the act of elimination in conjunction with the lyrical mentality of artist, results in “deduced” forms. It’s no more possible to observe and judge the work of art without referring to the context and author’s wishes and concept. It is essential to expand the perceptions and avoid labeling of works of art. And here is the subtle point of differentiating between two concepts of “Minimal and “Minimum”. All the works presented in this exhibition are related, in the sense that with “Less” they say “More”… 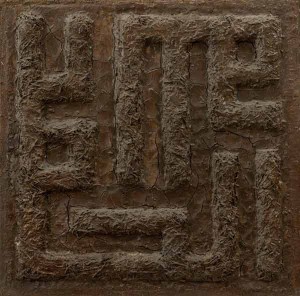 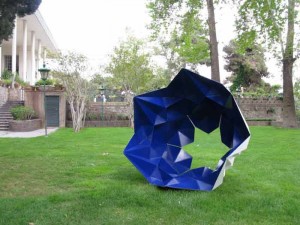 The CAMA Gallery of Iranian Art, Opens A New Gallery In London

Bita Vakili | A Critic on Bita Vakili’s exhibition | Should pass

A talk with Kambiz Derambakhsh